Luminus is the second largest energy provider and producer on the Belgian energy market. Its ambition? Becoming number one. By excelling in customer-orientation and by aligning its organisational culture to that aspiration. Luminus started with the moving process.

From the perspective of the energy provider moving a client is a very complicated process, whereby the organisation is highly dependent not only on the distribution system operator but also on the accuracy of the information provided by the client.

And what did this mean for the client? A seemingly endless series of phone calls to the customer service. It was actually easier to just end the agreement with the existing energy supplier and sign on with an entirely different one after moving.

The moving process had already undergone a series of revisions. Which systematically resulted in an improvement. But this time Luminus wanted something more radical: to completely rethink and develop the way of working from the perspective of the client and his needs.

A small scope with big impact

We brought together the managers who directly or indirectly impacted the moving process in a Moves task force. We then secluded ourselves during an entire working week to really examine what the energy sector generally perceives as self-evident.

We started from the viewpoint of the customer and defined the ideal customer experience from that perspective. We made sure we all shared the same crystal clear vision from the get-go. Or as Núria Van den Wyngaert (Marketing Manager SME and project front-runner) puts it: “This isn’t going to be ten percent better, but ten times better.”

Only then did we get started with the processes. There were quite a few obstacles and practical objections. And we overcame each and every one of them. Not by straying from our vision because of system limitations, but by systematically looking for solutions that are completely in line with our vision.

We tested the new approach to moving on a smaller level first. With four engaged collaborators and 300 customers. The goal? Making exceptionally satisfied clients.

The positive feedback from clients provided the drive that we needed to make the entire team enthusiastic, and then implement the new way of working in the organisation.

Of the 300 clients in our test phase, 98% was more satisfied with Luminus after the move than before. In the old process this was 0%, which we knew from earlier surveys.

The new process also had an effect on sales: because we had satisfied customers on the phone, it turned out to be a lot easier to recommend other products and services to them. The result? A total sales increase of 30%.

The pile of paper that Luminus used to send out in the old system was three times as high as the Eiffel tower. Yes: the one in Paris. Right now the pile measures seventeen meters, and it decreases every month. The total project resulted in a 28% cut in costs.

For the client the moving process ends with the final bill of the previous address. In the old process this took eight to ten weeks. In the new process: two weeks.

Luminus also received acclaim for its new approach. Articles were published in the magazine of Vlerick Business School and the case served as an example in a Forrester paper. But the true icing on the cake was when Luminus won both the Belgian Contact Centre Award for Customer Experience and the public award. 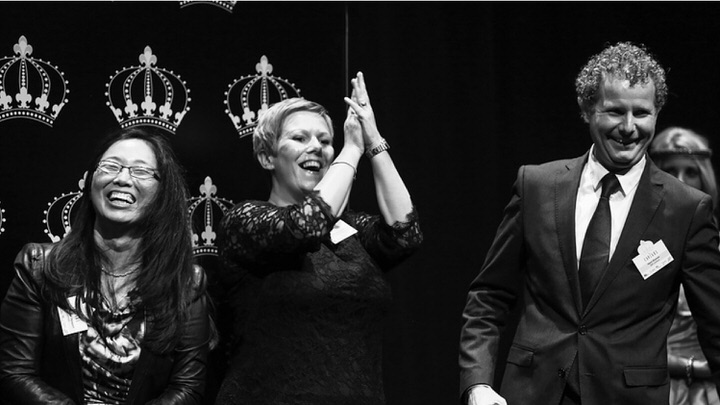 Effect on the organisation

Luminus maintained its winning streak. The company was one of the first to receive a five star review for their service from energy regulator VREG.

Luminus also dealt with the invoice process and the sales process in the same way: start from scratch and rethink the entire process from the viewpoint of the customer.

“If you want to put down results that the customer can really feel, then focus is of the utmost importance. And that’s precisely what I found in Onestone. A lot of hard work was put into this. But we are very proud of what we accomplished.”
- Henri Buenen, Chief Commercial Officer

Allow us to inspire you.
Book a meeting with us now.

You’re up for a proper conversation with us? We’d love to help you by sharing our expertise with you.
Book time with us, face-to-face. We guarantee you food for thought, at the very least.

This website uses cookies to improve your experience while you navigate through the website. Out of these, the cookies that are categorized as necessary are stored on your browser as they are essential for the working of basic functionalities of the website. We also use third-party cookies that help us analyze and understand how you use this website. These cookies will be stored in your browser only with your consent. You also have the option to opt-out of these cookies. But opting out of some of these cookies may affect your browsing experience.
Necessary Always Enabled

Any cookies that may not be particularly necessary for the website to function and is used specifically to collect user personal data via analytics, ads, other embedded contents are termed as non-necessary cookies. It is mandatory to procure user consent prior to running these cookies on your website.